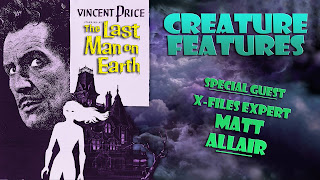 If you live long enough, everything comes back full circle at some point, things that become unfashionable and that people move on from, can be re-evaluated, and find a way to come back to life. Years ago, I wrote about my thoughts of the horror host TV show on Channel 2, KTVU, Creature Features with Bob Wilkins, and then John Stanley from 1971 until 1984. A series of nostalgia based books by Tom Wyrsch and video releases of episodes reminded people of made the show so special in its prime, a Documentary in 2008 – Watch Horror Films, Keep America Strong: A Journey Into Creature Features seemed to solidify this reassessment. 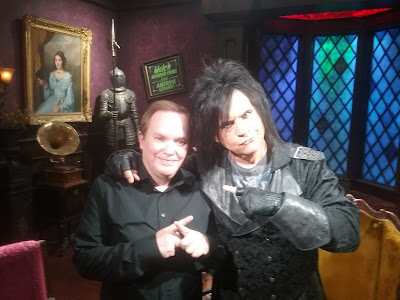 It’s funny how things happen by accident, but bay area actor / Producer Jeff Bodean created an on-line series that lasted six episodes, and the Production work used opened a window to bring back Creature Features to the fledgling North Bay TV streaming network based in Santa Rosa. North Bay TV mirrors the localized focus of KOFY TV, another smaller bay area station. The premise of this new version is simple, a ‘has-been’ British 80s rock star has moved into a mansion on a hill with his aid, Mr Livingston, and his strange, macabe and mute friend Tangella, and shows classic horror films of yesterday, has guest, and offers of playful dose of fun. I watched the original debut stream on North Bay TV that had John Stanley as a guest and ran “Night of The Living Dead” in 2016, it looked promising and I even reached out to them, but you can tell what the future holds, so when I discovered that KOFY has picked up the show and was airing the show, it gave me confidence that others saw the promise of it as well. 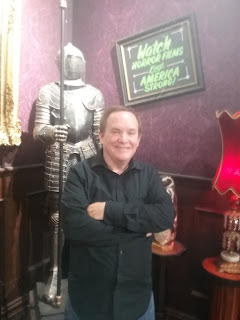 By good fortune, I was invited to appear on the show in late October, and went up to the studio in Santa Rosa. The mansion is lovely, and the cast and crew could not have been more nicer, relaxed, unassuming, and fun. The episode airs Saturday night 11/11, on KOFY between 11 PM to 1 AM PT, where I talk about The X-Files, the new season, The X-Files Lexicon, and the work for Den of Geek, my love for Richard Matheson’s novel “I Am Legend”, and the film that was based on the book, ‘The Last Man on Earth’ with Vincent Price. We also talk about X-Files alumni Veronica Cartwright, and the show Millennium.

Since I have shared this news to neighbors, I have encountered countless people who remember the original show.

You can upload the North Bay TV app to see the live stream, if you don’t get KOFY, and the full episode will appear on the Creature Feature’s website within a few days.