The X-Files dealt with the theme of cryptozoology in various episodes throughout the history of the series. The term, at its most basic, from the Greek root, means study of hidden animals. There has been a rich history of documented accounts via film or photos, of alleged animals that fall in this category. The two of note that have remained the most iconic are the Loch Ness Monster, and Sasquatch (Big Foot). Yet like in all fields of research into the unexplained, one should be wary of taking any image documentation at face value, as I have previously argued here, and here, as well as in this piece: perception and the unexplained. As I previously stated:

According to present neurological scientific research, our receptors, i.e., our eyes, ears, and senses, receive four hundred billion bits of information per second, yet our brain only processes two thousand bits per second. Think about that. In other words our brain imprints the ability of what we can see. We can only see what we believe is possible.

In light of such information, while I’m not necessarily a believer, I can’t discount the possibility that events, and life forms, exist around us that we have no point of reference to be able to process. One of my great personal frustrations with websites that reference past cryptozoology documented accounts is the lack of context, or critical thought in explaining what has been documented.

One example I’d like to cite is a series of old and iconic photos from circa 1890 of the capture of "Thunderbirds,"-- large, bird like creatures that are usually identified with Native American traditions. Some researchers have drawn distinctions between the lizard-like features of the Native American legends with pterosaurs, the prehistoric pterodactyl, which are related to other breeds of pteranodon. It should be noted that "Thunderbirds" are described as incredibly large, feathered birds in Native American lore. Some cryptozoologists believe that "Thunderbirds"
were teratorns, presumably extinct birds, related to condors, and this distinction between small pterodactyls and teratorns was confused or blurred. It should be noted that pterodactyls are considered to be true reptiles, and not part of the dinosaur group. Teratorns were the largest flying birds accepted by scientists as real. Due to the fact that pterodactyls are considered reptiles, for some cryptozoologists, this leaves the possibility open that such creatures exist in isolated numbers. Yet there is a serious flaw in the reasoning of cryptozoologists; all living organisms on Earth leave some kind of evidence of their existence, such as bones, carcasses, droppings, nests, eggs, etc. For the scientific community, no credible evidence has been produced.

The following series of photos might have been inspired, or prompted by a story in April, 1890 of two cowboys in Arizona who killed a giant bird like creature with an enormous wingspan, that had smooth skin, featherless wings like a bat, as well as a face that resembled an alligator. It has been alleged the cowboys dragged the carcass back into town, where it was pinned with wings outstretched across the entire length of a barn. On April 26, 1890, a story was indeed published by The Epitaph, but considering that no further historic corroboration by eyewitness accounts has confirmed the incident, it is usually regarded as an urban legend. Yet what to make of this series of photos that seems to be from that period? 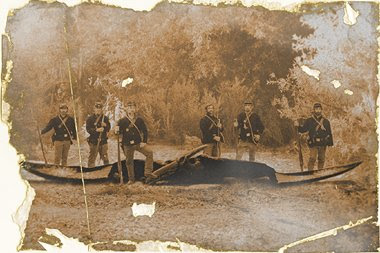 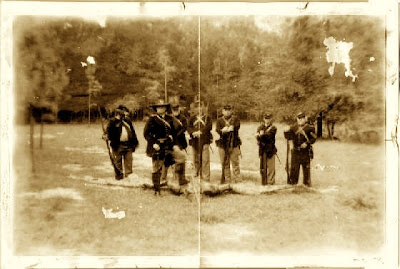 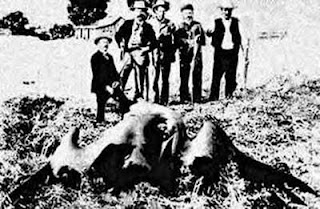 Again, historical context is important when accessing the background of such material. The late 1800s was ripe with Yellow Journalism or tabloid journalism. William Randolph Hearst, a mining heir, acquired the San Francisco Examiner in 1887. Hearst was a rival of Joseph Pulitzer, who purchased the New York World in 1883 after making the St. Louis Post-Dispatch the dominant daily of that city. This rivalry between Hearst and Pulitzer peaked between 1895 to 1898. Obviously there was a climate to circulate sensationalistic stories. One of the questions that needs to be raised is, was it possible for photographs to be included in newspaper prints from that period? Indeed, prior to the 1890s, the technology did not exist to economically publish photographs in newspapers. So, indeed due to the timeframe that these pterodactyl photos were created, it was possible for these images to have been published in newspapers to increase circulation, and to entice the curiosity factor of the public.

While I have no reason to believe that the time period of when these photos were shot is not authentic, the photos seem genuinely aged, and the dress of the figures in the photos fit that period. Various newspapers could have paid to have these pterodactyls sculpted and then staged.

One should also factor in that the notion of prehistoric creatures surviving in isolated areas, has had a strong psychological hold on the whims of the public. Sir Arthur Conan Doyle’s The Lost World, published in 1912, captivated the public with its adventures in a plateau of an Amazon basin of South America that includes dinosaurs, as well as a race of ape-like men. The RKO movie, King Kong (1931), of course, featured the mysterious Skull Island, which was populated by dinosaurs, pterodactyls, as well as the infamous, and deleted, giant insect sequence, and the mighty ape himself. 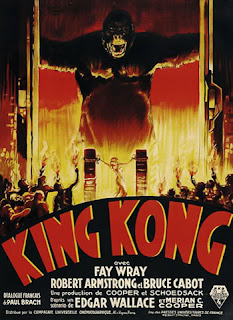 With the advent of digital technology, as I have previously commented, I suspect nothing has really changed all that much, and the same issues face individuals who are enthusiasts of the cryptozoology field now as they have in the past.

When looking at contemporary 'documentation' of unidentified animals, the same scrutiny should be applied. All professional illusionists / magicians understand there’s a process to deceiving the public; The Pledge (showing something ordinary, when it probably isn’t), The Turn (taking something ordinary and making it extraordinary, challenging spectators to look for an explanation that they won't find), and The Prestige (showing something shocking that has never been seen before), as brilliantly demonstrated in the Christopher Nolan film, The Prestige from 2006. There’s usually a narrative to the build up of unexplained events. Perhaps it is the reason why Magicians from Harry Houdini to Penn and Teller are often so scathing towards individuals whom call themselves professional experts in the field of paranormal research as well as experts into the unexplained. The first example is a video account of a large winged creature flying between scaffolding in Hamburg, Germany at some time in the 2000s.

Indeed odd, yet the video is the only source of this account. It could very likely be staged, and the winged figure added in via some animation software. What leaves this highly suspect is the fact that there’s no alternative footage from other sources to verify the event. Furthermore, I could find no published accounts from German newspapers, or news media of such an eyewitnessed sighting. It would seem strange in the hustle and bustle of a city such as Hamburg, that this would go unnoticed by others. Regarding the quality of the image, there’s a wispy, and transparent quality that seems suspect.

There’s another video of a Pterodactyl sighting, which is interesting, yet also suspect.

The creature in question seems to primarily glide, with a limited amount of motion, in spite of the disclaimers of the people posting the clip; this could have been achieved with a radio-controlled glider.

The next clip is from a documentary of the alleged Mokele-Mbembe, a small living dinosaur that exists in the Congo. Once again, the brief video is inconclusive, the brief blow-up reveals an elongated neck, and something that doesn’t look like a rhinoceros, yet there could have manipulation in post production.

The next clip is one of several Chupacabra videos that play on the stereotypes of the legend. The clip feels like something staged, and that the image manipulated with animation, again, manifests a wispy visual quality that reminds me of the Hamburg footage.

There is a possibility that the Chupacabra is a legitimate unknown breed related to a fox, wolf, or coyote that hasn’t been identified by scientists.

Lastly, there is the issue of Rods--also known as "Skyfish"--mysterious insects that people claim are invisible to the naked eye, shaped like rods, with multiple wings. This might be less a case of deceit, or a hoax, that drives belief in the phenomenon, then a misunderstanding of how insects can be depicted, when you are dealing with video, or photo cameras that run on slower shutter speeds. As demonstrated in this video below.

This streaking phenomenon can be seen in countless examples of nighttime photos, where the headlights of cars are seen as streaks.

I am well aware that some might perceive the tone of this piece to be knee-jerk skepticism on the subject of cryptozoology documentation. I feel that the field has legitimate merit, when you consider the estimate that six species become extinct each day, or 21,894 species per year. When you take into account that scientists keep discovering new species of sea life in parts of the oceans thought too deep for life to survive, and new species in isolated parts of the world, one cannot discount certain possibilities. But this field known as cryptozoology should be explored through proper scientific analysis, and executed through biologists, veterinarians, field researchers, animal behaviorists, and ecologists. To just accept all documentation and verbal eyewitness accounts without proper assessment, or verifiable proof just undermines a field with good intentions.

Regardless of the legitimacy, or lack of legitimacy of such documentation, perhaps it is irrelevant. Perhaps, from a psychological standpoint, the interaction between the viewer and images being viewed touches on our unconscious desire to believe in something greater to our existence – that this is the greater enigma that drives people to pursue real world monsters, or people who produce such media to help validate people’s hope that such creatures do exist.

Special thanks to Xscribe for some further, great, editorial work.

No Copyright infringement is intended with the above video sources, they are used for critical, and educational purposes.