Skeptical of the Skeptics

An on-line acquaintance of mine, Trevor Tocco, and someone I connected with through Chris Knowles Secret Sun, wrote the following terrific piece - which Trevor graciously agreed to have us re-print for the Lexicon blog - This offers a balanced overview of the contemporary ‘skeptic’ movement that has dominated certain areas of scientific inquiry. Skepticism has its place when it is founded on the scientific method – ala Dana Scully, the problem lies when such a foundation is built more on a ‘feeling’ in place of legitimate research, and inquiry. Ultimately, the end game, like all others in life should be the pursuit of Veritas. The question that is explored is if the skeptic movement is built upon such a pursuit.

Skeptical of the Skeptics by Trevor Tocco

According to Webster’s New Universal Unabridged Dictionary, the word “skepticism” means “the philosophical doctrine that the truth of all knowledge must always be in question and that inquiry must be a process of doubting” (“Skepticism”). There is a movement known as the Skeptic movement which prides itself on debunking claims such as UFOs, ghostly phenomena, the occult, and many other bizarre topics. The movement promotes “freethinking” and “rationalism” in its crusade against religious fundamentalism and con artists. Even mainstream science and society has practically elevated such members as James Randi, Penn Jillete, Richard Dawkins, Michael Shermer, and others to sainthood. However, even though skepticism is a good thing, the Skeptic movement has taken the word as their own and skewed its meaning. Despite being labeled as scientists, the methodology used to “disprove” such things as UFOs and the occult may suffer from flaws. The same can be said about the movement itself. The reasons for this include inaccurate methodology, the hypocrisy of the movement, and even the scientists, along with sci-fi authors, that the movement frequently brings up would be considered “kooks” by today’s standards. Even if there is no proof of UFOs or any other weird topic, that does not mean we should not be skeptical of the Skeptics.

One of the main problems with the movement is that they use faulty methods and so-called experts. The movement continually cites people such as James Randi, Richard Dawkins, or Christopher Hitchens when supporting an argument. However, certain “experts” lack scientific credentials. It is true that this can also be said about fringe research (the actor Dan Aykroyd doing a documentary of UFOs), but when leaders of the movement proclaim themselves to be “experts” (as well as by the media), it should be known if they have knowledge of the subject. Even though Richard Dawkins is an evolutionary biologist, more revered leaders, such as Randi and Penn Jillete, have more background in entertainment than science. Randi dropped out of high school and joined the circus while Jillete graduated from the Barnum and Bailey Clown College. “He’s hell-bent on tearing apart anyone he deems a kook, including distinguished scientists and Nobel Prize-winners. This is amusing, as Randi has no scientific credentials whatsoever (although he did once write an astrology column for a Canadian tabloid and host a paranormal-themed radio show).” (Alfvegren).

Then there is Randi’s Million Dollar Challenge, a method used by the James Randi Educational Foundation to determine if someone has supernatural abilities. Even though it is praised for “exposing con artists,” there are some who point out that it is a scam. The complaints leveled against it include the length of time it takes can be corrupting to evidence, the fact that all evidence is surrendered to Randi or any other monitors, and even the prize is actually in the form of bonds. Of course, the main aspect of the challenge is “can it be replicated?” However, a recent New Yorker article explains how even this can be problematic: “But now all sorts of well-established, multiple confirmed findings have started to look increasingly uncertain. It’s as if our facts were losing their truth: claims that have been enshrined in textbooks are suddenly unprovable. This phenomenon doesn’t yet have an official name, but it’s occurring across a wide range of fields, from psychology to ecology.” (Lehrer). So a simple “background check” can certainly raise questions when the person or group being checked uses faulty methods.

A major concern about the movement is the level of hypocrisy. The movement claims it supports freethinking, but they insult anyone who disagrees with them or they label them as “pseudoscientific.” The movement claims it revolves around scientific progress, but whenever a claim is made that could be a major discovery if proven, the leaders tend to treat it like a joke. Even though there are things that have been proven to be pseudoscience and superstition, other claims, such as UFOs or even magical traditions in some cases, can benefit from research, but these topics are largely ignored. Also, as cliché as it sounds, many major discoveries were considered ridiculous at one point, most notably claims made during the Renaissance. Another hypocrisy is how the movement fights against religious fundamentalism, but it has become no different than its enemy. When discussing the politics of the late Christopher Hitchens, Jeff Sparrow explains that contrary to the opinion of his more liberal admirers, the “atheist Hitchens” and the “political Hitchens” were one in the same as he praised Bush’s cluster bombs. (Sparrow). It seems pretty clear that the Skeptic movement is not based on the foundations of “rationalism,” but a biased agenda no different than an extremist group.

Then there is another interesting point: How certain scientists, and even sci-fi and comic writers, are quoted and praised by the movement, despite the fact that these particular people displayed an interest in fringe topics! Thomas Edison, the inventor of the light bulb, once tried to make a device to contact the spirit world. Nikola Tesla was likewise interested in the weird, up to the point where he has now reached celebrity status in the paranormal community. The movement also praises Sir Isaac Newton, yet Newton was involved in the occult world, notably alchemy. Then there are icons of sci-fi, fantasy, and comics that showed in interest in the paranormal. Even though it cannot be said for all of them (i.e. Isaac Asimov), some of the icons of the genre, notably Jack Kirby, Alan Moore, Philip K. Dick, and even Jules Verne and Edgar Rice Burroughs, displayed in interest in the occult, UFOs, etc. Kirby (Captain America, X-Men, The Hulk, etc.), Dick (who wrote the stories that would become Total Recall, Blade Runner, The Adjustment Bureau, and many others), Moore (Watchmen and V for Vendetta), and a list of others have made marks on pop culture, but what most people don’t realize is that many of the themes in their works are elements of the paranormal and occult, spurred on by their interest in these topics. Of course, figures such as Verne (20,000 Leagues Under the Sea), Burroughs (Tarzan, John Carter of Mars), and most notably Arthur Conan Doyle (Sherlock Holmes) were involved in spiritualism, which isn’t surprising since they were around for the Victorian occult explosion.

Not to mention sci-fi conventions that feature Skeptic tracks, despite the fact that John Whiteside Parsons, one of the founders of the Jet Propulsion Laboratory and attendee of some of the first sci-fi conventions, was an associate of famous (or in some circles, infamous) British occultist, Aleister Crowley. Author Christopher Knowles explains in his book Our Gods Wear Spandex: “Although most of us don’t realize it, there’s simply nothing new about devotion to superheroes. Their powers, their costumes, and even their names are plucked straight from the pre-Christian religions of antiquity. When you go back and look at these heroes in their original incarnations, you can’t help but be struck by how blatant their symbolism is and how strongly they reflect the belief systems of the pagan age. What even fewer people realize is that this didn’t occur by chance, but came directly out of the spiritual and mystical secret societies and cults of the late 19th century-groups like the Theosophists, the Rosicrucian’s, and the Golden Dawn.” (Knowles, p.18). Despite the high rate of scientists and sci-fi fans who promote the ideals of the Skeptic movement, many of their heroes would be considered “kooks” by today’s standards. Many would probably ask “What about the lack of proof?” This can be a tricky question. On one hand, there has not necessarily been “solid” proof of otherworldly (or inter-dimensional) visitors or the effectiveness of magical practices. On the other hand, these ideas were spawned by some phenomena rather than simply being randomly thought up. For example, many Skeptics will explain how there is no “solid proof” that our ancient ancestors were visited by “ancient astronauts.” However, the reason why this theory is prominent is not because it was randomly thought up, but because of the similarities between what the ancients recorded and what is being reported today. It might not be “solid evidence,” but it could be evidence of some phenomena. Also, the Skeptics would probably say “extraordinary claims require extraordinary evidence.” But what classifies as extraordinary evidence? The idea that the earth is round or that humans evolved from chimps probably sounded extraordinary to people. Then there is also the risk of Skeptics claiming that a piece of evidence “is not evidence” and the requirements are increased.

Another question would be “What about how crazy proponents of the paranormal can sometimes be?” It is true that there are proponents of the paranormal that can be “crazy.” Even other proponents will agree. However, that would also mean that the idea that “all paranormal researchers are crazy” is a generalization. An example is how the Skeptic movement sometimes views people interested in the paranormal no differently than “religious nuts.” First, not only is this still a generalization, but certain proponents of the paranormal chose this as an alternative to organized religion. Ancient Astronaut Theory seems to be an alternative view to the ideas of mainstream religion, not to mention the occult explosions of the Renaissance and the Victorian era were reactions to the dominance of mainstream religion. As for credibility, Skeptics like Randi and Jillete lack credentials while writers of paranormal topics do have credibility. Jeff Kripal, whose book Mutants and Mystics explores the relationship between sci-fi and the paranormal via the experiences of Alan Moore, Grant Morrison, Whitley Streiber, etc., is a professor of Philosophy and Religious Thought and even Chair of the Department of Religious Studies at Rice University. Jacques Vallee, who not only claims that we have been seeing UFOs for centuries but that they may actually from higher dimensions, holds degrees in mathematics and astronomy and has been a research assistant at MacDonald Observatory. 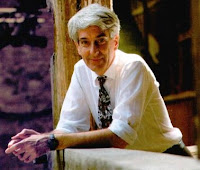 
Then, the big question could be “Why does it matter?” Why does any new discovery matter? From the discovery of fire to the flight of the Orwell brothers to the establishment of robotics, there was never really such thing as an “insignificant discovery.” What if we discovered that the beings we call “aliens” were real? Or that we were capable of talents we only dreamed of? Things like this could change many worldviews and, in the process, the world. Whether it would be positive or negative or somewhere in-between is unclear, but it would still have an effect on the status quo.

The views of the Skeptic movement are popular in our society. However, the movement’s claims are built on faulty research, hypocritical ideas, and contradicts the ideas of the figures that the movement praises. Despite its popularity, the Skeptic movement suffers from fallacies and hypocrisy, so who’s to say that UFOs are not extraterrestrial (or maybe inter-dimensional) craft, or that we may be capable of talents beyond our wildest dreams?

1. Alfvegren, Skylaire. “The Problem with James Randi and his Foundation on the Paranormal, Pseudoscientific, and Supernatural.” Skeptical Investigations. 26 January 2006. Web