One of the more positive aspects of the Ancient Aliens program on the History Channel is the fact that it explores some subjects that I haven’t found commonly explored within UFOlogy. One program from season three dealt with alleged “Cursed Places”: areas that have such unexplained activity that the results lead to disappearances or fatalities. Yet one segment was especially fascinating, the 1959 incident at Mount Otorten in Russia.


I don’t want to dwell too in depth into the details, as several web resources offer an excellent overview of the basic details, which you can find here, and here. 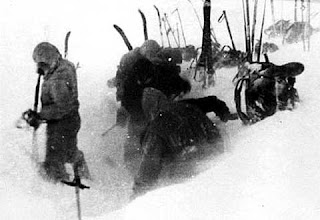 There are countless mysteries as to what happened, as well as theories. The common theory was that the hikers were exposed to extra-terrestrial craft and that the intense radiation triggered the pre-mature aging, burns, broken bones, or ruptured organs, depending on how one interprets the autopsies. Other’s argue the hikers were exposed to living entities made of energy that travel between dimensions. Yet if that were the case, how can we explain the physical evidence regarding Ludmila Dubinina, who was found with no tongue?

The mutilation of Lubmila Dubinina does match other reports found within cattle mutilations, missing organs, blood that has been drained, etc…and this set’s up a dilemma for the argument that the hikers were exposed to energy based entities, or energy probes. Of course, the Russian military could have covered up the incident, if they were conducting experiments with some kind of energy weapon, and perhaps a member of the rescue team had removed Dubinina’s tongue to hide proof that some kind of pulse based energy weapon had been used. One question that has to be explored would be if the Russian military had the capability of experimenting with such weapons at the end of the 50s?

There is evidence that Russia, like America, had begun to research anti-satellite weapons starting in 1956 when Sergei Korolev had started to work on the concept at OKB-1, while other’s attribute the work to Vladimir Chelomei and his OKB-52 around 1959. So, it’s possible that a classified experiment was underway during that period. But then again, one would have to discount the legends from the local Mansai’s about such events happening in ancient history, when you consider the Mansai legend of man dying in the same area during an ancient flood.

Jacques Vallee has argued for the interdimensional and extradimensional hypothesis as an alternative to extra-terrestrial hypothesis, and Christopher Knowles has leaned towards the idea that many extra-terrestrial craft could be living entities. Paranormal researcher Brad Steiger has written “We are dealing with a multidimensional paraphysical phenomenon that is largely indigenous to planet Earth.” 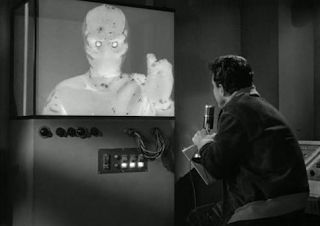 When one considers the countless encounters within Leslie Stevens The Outer Limits that were beings based on energy. and a series that taped into the idea of a wide variety of alien life, and thus following into the common tradition of a lot of science fiction: alien life taking on many forms and from many dimentions. Or even The X-Files episode, "Fallen Angel" that featured an extra-terrestrial cloaked in an energy field.

Then again, how does this all jive with certain details within the Mount Otorten incident?

If those hikers encountered an interdimensional entity that was highly evolved and sentient, wouldn’t such an entity be aware that it’s exposure to human beings was harmful? These issues set up an Gordian Knot, an intricate, seemingly insoluble problem when trying to categorize what this incident depicts and what it represents. The Otorten Incident might illustrate not being locked into one type of hypothesis when it comes understanding such unexplained phenomenon, but to adopt an ‘all of the above’ on a case by case basis.

Be it biological beings with mechanical craft, or beings made of energy, or interdimensional beings that might very turn out to be us, our descendents from some far future.
Posted by The X-Files Lexicon Blog at 4:54 PM 1 comment: