The X-Files, in part, often referenced urban legends in their stories, and it’s a fascinating subject within esoteric studies, yet, it’s also a term that is as frequently as overused as ‘paranormal’. The term has also become so nebulous, that one must try to define what should qualify as an ‘urban legend’. Folklorists have their own definitions of what makes an ‘urban legend’, and many academics disagree on whether urban legends are, by definition, too fantastic to be true, or partly based on fact, or a little of both. The Webster definition of an Urban legend is – "a modern story of obscure origin and with little or no supporting evidence that spreads spontaneously in varying forms and often has elements of humor, moralizing, or horror."

Urban Legends aren’t easily verifiable, by nature. They are usually passed on by word of mouth or, - more commonly today – via E-mail. The rumor or gossip aspect of the tale makes it virtually impossible to find the original source of the story. There’s the cliché of Alligators in the sewers, but the range of subjects is far more varied, and the history more interesting then some might consider. Folklorist at the University of Wales, Mikel J. Koven, has commented: "Life is much more interesting with monsters in it, it’s the same with these legends. They’re just good stories."

Jan Harold Brunvald wrote in his 1981 book – "The Vanishing Hitchhiker" that "The lack of verification in no way diminishes the appeal that urban legends have for us. We enjoy them merely as stories, and tend to at least half-believe them as possibly accurate." he further added that urban legends have "a strong basic story appeal, a foundation in actual belief, and a meaningful message or ‘moral’"

While many urban legends are often false, that’s not always the case, a few turn out to be true. Many are inspired by an actual event, but evolve into something different in their passage from person to person. I illustrated that point on the X-Files Lexicon years ago with my article on the Jersey Devil, the ‘pass-it-on’ phenomenon. Which we’ll go into later.

In certain cases, some widely discredited information on a subject is lumped into the urban legend category; one example could be the belief that you will pass all of your college courses in a semester if your roommate kill themselves. Thematically while urban legends are all over the map, several elements show up repeatedly, there is the cautionary tale, or contamination tale. For example, organ harvesters, or the legend of coating tattoos with LSD to hook minors, although there’s no evidence that LSD is addictive in this fashion.

There’s the gossip aspect to an urban legend, and the assumption that a friend who passes on such a story could not lie, and there’s the assumption that if an urban legend is published in a newspaper – an ‘authoritative’ source, it must be true. One example of this could be the Halloween legend of razors in apples or needles in candy, I recall this hysteria in the late seventies over such a story, although there’s no documented cases of contamination of Halloween candy, but it has often been misreported by journalists, police officers, and authorities, bearing in mind that there is no infallible source of information.

Due to a lack of critical thinking in many cases, anyone can be duped into believing an urban legend simply due to our nature to trust, our unwillingness to investigate every single piece of information we are given. Another reason why such stories get passed on is due to their specificity, the details make them seem real. This specificity plays into our fears and anxieties about what could happen.

One of the key issues is to define what should qualify as an urban legend, there are a series of examples of contemporary legends that have a basis in truth. One being the ‘dead body under the bed Mattress’ – a couple check into a hotel room and have to deal with a foul odor in their room the entire night, only to find a dead body under the bed the following day, the staff having taken off the mattress to find a decomposing body. This has happened in Las Vegas, Kansas City MO, Atlantic City NJ, with several instances in California, and Florida. 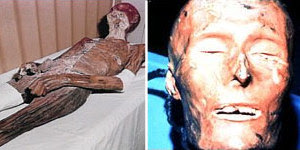 The second being Funhouse Mummies, props at carnivals that turn out not to be paper mache, but human skin and bone. One example would be the production crew of "The Six Million Dollar Man", while filming at the Nu-Pike amusement park in Long Beach, CA in nineteen seventy six, they discovered that a body prop was in fact the criminal master mind Elmer McCurdy, who was killed in a shootout after robbing a train in nineteen eleven. McCurdy was embalmed by the local undertaker, who was apparently so pleased by his work that he propped up the corpse in his funeral home as evidence of his skills, and people paid 5 cents to see the corpse. After several years, two people who claimed to be McCurdy’s brothers, showed up to claim it. They actually were carnival promoters. The body toured America before coming to rest in Long Beach. Bear in mind that this was at the height of the P.T. Barnum exploitation era. 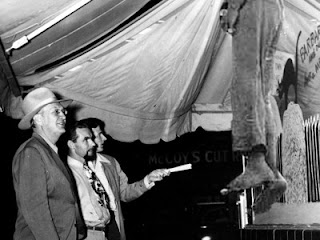 Another example would be the curiously realistic Halloween decoration of a person hanging from a tree, which turns out to be a genuine suicide. This happened in the town of Frederica, Delaware when a forty-two year old woman hung herself from a tree near a dusty road on a Tuesday night, and remained there the following day until someone realized it wasn’t a prop and called the police. This happened five days before Halloween in 2005.

Or the story of a teenager whom while pretending to hang himself in front of an audience, actually does. These types of incidents seem to be fairly common during Halloween, with many ‘haunt’ shows, usually implemented by securing the victim in a harness that supports his weight when they drop from the gallows so that the noose placed their neck doesn’t snap their neck or constrict their windpipe, unfortunately, these kind of stunts have gone wrong. In October 1990, it was reported in the Chicago Tribune, that seventeen-year-old Brian Jewell died performing such a stunt at a Halloween hayride. In contrast, there is the untrue urban legend regarding MGM’s "The Wizard of Oz" that a Munchkin committed suicide, hanging themselves on a prop tree, due to poor working conditions, but there is no basis in the story. 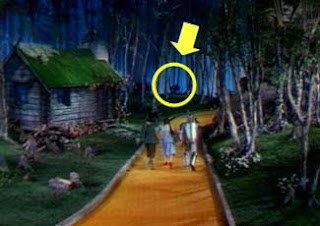 Still of the background that some perceived to be a suicide in 1939’s “The Wizard of Oz”.

Then there’s one of the ultimate urban legends, and one of the most universal, and potent of fears: to be buried alive. Not only has this happened, but in the past happened with alarming regularity. In the late 19th Century, William Tebb, a social reformer champion and British business man, tried to compile all of the instances of premature burial from medical sources of his day. Tebb managed to collect two hundred and nine cases of near premature burial, one hundred and forty-nine cases of actual premature burial, as well as a dozen cases where dissection or embalming had begun on a not-yet deceased body. Bear in mind these occurred before advances in medical diagnosis. But the concern over being buried alive was so great during that period, that the wealthy would secure "safety coffins" which would allow those inside a coffin to signal to the outside world, usually by ringing a bell or raising a flag. Even as recently as 2007, there are still cases of people waking up during an autopsy, after being declared dead, one example being Venezuelan, Carlos Camejo, thirty-three, who had been declared dead after a highway accident. 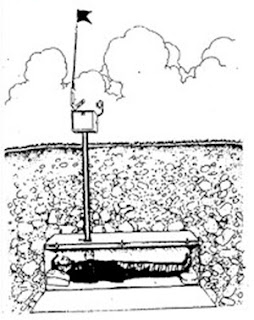 While the above examples seem rather mundane, then can offer a benchmark over what should qualify as an urban legend, as far as the basic definition.

Koven has argued that Urban legends are a good indicator of what’s going on currently in a society, "By looking at what’s implied in a story, we get an insight into the fears of a group in society." adding that urban legends "need to make cultural sense", that a lack of information coupled with such fears which tend to give rise to new legends: "When demand exceeds supply, people will fill in the gaps with their own information."

Which brings us back to criteria with how one might define a legitimate urban legend over something with no basis in truth – ultimately the criteria might involve corroborating evidence. When I wrote my piece on The Jersey Devil, I summarized, and concluded it as an ‘urban legend’, that is, the popular long held conception of the Jersey Devil as a hybrid beast might have no basis in known fact. Since the initial reports of the early 1900s, there hasn’t been any corroborating evidence regarding footprints, animal droppings, unidentified hair or skin fragments, unlike such evidence found with Sasquatch cases, to warrant it being dubbed as anything other than an urban legend, at least the old-school popular understanding of the Jersey Devil.

That doesn’t mean to say that it’s impossible that something exists in the forests of New Jersey that hasn’t been identified as of yet. I have had, over the years, personal correspondence from people who swear they’ve had Jersey Devil encounters, it might be a rare species that hasn’t been simply identified, as of yet. Chris Carter hypothesized it involved a small pocket of feral humans, it’s possible that the truth could end up being just as strange as the legend. But one shouldn’t take such legends at face value, they should seek corroborating evidence, read, research, and probe all aspects to a story, before drawing their own conclusions.

In essence, one should employ rigorous scrutiny when researching or defining this subject.
Posted by The X-Files Lexicon Blog at 7:38 PM 4 comments: