I Can't Give Everything Away

2016 has turned out to be a very challenging year in many respects, there’s a sense that collectively things are winding down, and building up at the same moment. The harbinger of mortality is a very cruel beast, and I don’t mean that in just the sense of psychical death, but in things ending, established ideas about the world, the role of governments, businesses, religions, science, and philosophies, and a real sense about no one knows where things are heading. Doors are closing, and most really don’t know which new doors are opening and it is unsettling indeed. When icons pass on, there’s a vacuum that is felt, and that has always been the case. When established ideas on a beloved series end, and the proverbial slate is cleared, it shakes our assumptions, and people react violently, stabbing in the dark with a hope of some answers, or solace. The world moves onward and one either adapts to a new matrix, or withers.

A series of events happened in January that seemed synonymous in hindsight. On Jan 11th, I was driving from San Francisco to Los Angeles when I got the news of David Bowie’s death. It was early in the morning before the sun rose, and I didn’t have time to process it, I found myself mulling over the countless songs he has written while on the drive. A similar drive to what I documented in 2011. That day was a mix of anticipation and excitement over what I might be experiencing on the following day, 12th with covering The X-Files Red Carpet screening of “My Struggle”.

Little did I realize at the time the profound events that would shape everything that followed the first months of 2016, and I can’t say things progressed any better throughout 2016, For example, The consternations by fans over those six episodes, and then a certain election at the end of 2016.

I found myself thinking about the expectations of the artist, within any genre. I found myself thinking about a comment Beatle George Harrison made (to paraphrase): “The fans gave their screams and love, but we gave away our nervous systems.” Most artists lead difficult lives because of an innate sensitivity they have, their receptors are more acute, more heightened, and they take more in, and it’s difficult to deal with the external stimulus. In many cases, artists fall into drug use, or, if not, just straight up madness or mental illness (and in many cases don’t even see it within themselves). Many have to build up a wall, or a dam to control the flow of the creative river. Fans often live vicariously through the artist and build up their own expectations about the work the artist produces. But this becomes a two edged sword as the artist must create work that stays true to their point of view, and that P.O.V. doesn’t always jive with the public’s expectation. Steven King of course commented on the above point with his novel, Misery, about an obsessed fan’s drive towards hostage taking and torment. 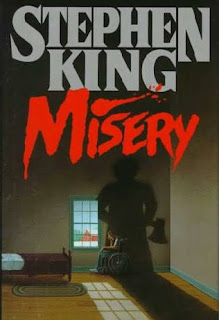 Which brings us back to David Bowie, and his final album before his passing, Blackstar, generally a meditation of mortality and death, but the closing track, following a series of pretty stunning tracks, “I Can’t Give Everything Away”, could be viewed on several levels. I could argue that the final track was his statement of intent, his motivations behind the career sabbatical and the periods where he focused on the relationship with his wife and raising his daughter. Only a person with a deep neurosis could be driven to put out themselves to the public, but that energy can only go on for so long before it can be self destructive, and more often than not, the public cares little about the well being of the artist as long as they are fed what they need.


“Seeing more and feeling less,
Saying no but meaning yes,
This is all I ever meant,
That's the message that I sent.”

“I Can’t Give Everything Away.”

Which brings us to the issue of Chris Carter and the fan reaction to season 10, the massive consternation, the endless accusations of “Retcon” mythology betrayals, and the simple fact that Chris Carter wasn’t so much giving the fans what they thought they wanted, but more what they needed. That is the thrust of the few people whom qualify with being an artist, to tell the public what they need to hear as opposed to what they want to hear. It’s too easy for a creative person to just treat what they do as a commodity and to second guess what the public wants. It takes work to listen to their intuition and serve the work to the best of their ability.  Some do it, and some don’t.

But if you are rubbing people the wrong way, it’s usually a pretty good sign you are doing your job.

When all is said and done, the artist can only give what they can and be honest about it. No amount of wish furfillment by the public, no amount of reconfiguring what you would like something to be, will change the intent of a creative person’s work.

Since the bulk of this was written and pondered, a massive amount of assumptions have been challenged, 2016 wasn’t really all that great with a staggering number of deaths and scandals, and 2017 has turned out to be worse in many respects. The anchors have vanished, or drifted away, few have little to cling to, and the bearings one could rely on before have faded step by step, and we are in the nadir of living through a graceless and coarse age. I can’t really say how the new season of The X-Files will be received in 2018, will it be a mirror to the shows reception in 2001-2002, or will it have a bigger reception next year. Carl Jung, in principle, may have been correct that we will need to invent new symbols, new masks, and heroes. But you won’t find those answers by depending on self appointed nihilists, so don’t take up your time, this might be the alpha or the omega, but The X-Files has always been about finding a trace of hope, a little light, in the darkness. We’ll see what clues it leaves us soon enough.
Posted by The X-Files Lexicon Blog at 4:58 PM

Wonderful reflection. Carter has remained true to the story for sure and I agree it's the right thing to do for an artist. But then we fired George Lucas for being true to the story he wanted to tell so it's not always the best choice even if the most honest one.

Fair point Ana, and thank you for the attentive comments. But in the case of George Lucas, it was less the ideas behind the story he wanted to tell , but more the execution. Had Lucas mirrored his tactics in 1980 / 1983, and brought in better writers (to rewrite his outlines) and directors to helm the first two prequels, the reaction might have been different. In the case of Carter, he brought back many of the writers from the first two seasons (people forget, the Morgans and Wong were pretty good writers), so, it was less a case of Carter being tone deaf and just finding 'yes' men to complete the telling of the tales. But we shall see soon enough!