The X-Files: Event Series - How do the extras measure up? 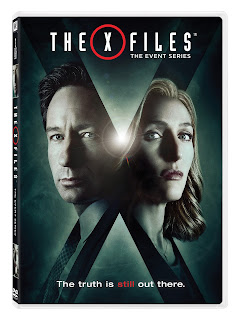 Review of the DVD extras on The X-Files: Event Series, Season 10

Now we are here, now we have arrived at not only having seen the new series episodes in Jan and Feb, but now having the release of the Blu Ray and DVD release of the Event Series, Season 10. The following is to not access the merit of the episodes, there’s plenty of time to do so, but to access how the extra’s content measures up. There has been a legacy with the previous media releases, from the VHS cassettes, onward to the DVD and the High Def Blu Ray releases, to this release. There’s much to have to measure up to for those who want to learn about every aspect of the series, and this was always going to be a tall order, but fortunately it seems to measure up well.


Deleted Scenes – There has been a lot of consternation by many fans over what felt like what was missing from aspects of the episodes, especially the two mythology episodes, there were fans who felt like some details were rushed, or glossed over, and considering the network time limits of what can air in the space of an hour, or more accurately 43 minutes, there’s only so much that can be done. The Deleted Scenes only cover two episodes, a sequence from “My Struggle” that features the old man’s daughter. We learn what happened to the old man, and just how much danger Mulder and his circle are facing. The other episode features en extended take on Mulder’s hoe down dance from “Babylon”, this isn’t really essential viewing, but features a few extra glimpses of ‘cowboy Skinner’, and the ‘cowboy lone gunmen’. It will depend on one’s feelings about the fan aspects of the sequence.

43:45 – The Making of a Struggle: This is an exhaustive breakdown of the development and production of “My Struggle”, including the event screenings at Comic Con, and Los Angeles. This much more comprehensive than I expected. How does it measure up to the documentaries that were featured on the prior DVD / Blu Ray, seasonal box set collections? Pretty well. What you get is a more interactive documentation of the production, with a greater sense of the play that occurred on the set. The title is in reference to the network requirement for broadcast length. When you consider that the original DVD sets started up in 2000, and offered a lot of after the fact, recollective segments about the prior seasons. What separates the new documentaries is the new ‘in-the-moment’ coverage from pre production, to shooting and crowd management, and post production. The production values for the interview segments are quite high. The comprehensive aspect also seems to be about demystifying the creative process. It’s hard to really say, nor presume, that the efforts of The X-Files Lexicon, or X-Files News to cover every aspect of the series had an influence on this comprehensive focus.

Season X – These long segments cover the rest of the series episodes, and offers more in depth background that led to FOX’s interest in producing more. These are structured longer than the ‘behind the series’ features that could be found on the original series DVD or Blu Rays. Once again, the production values for the interview segments are quite high. The menu segments are as follows “A 13 Year Commercial Break ,Getting The Band Back Together, Platonic Activity, Art Comes to Life, The Little-Uber Scullys, Man Bites Lizard, The Meta-Files, Homegrown Terror, Mulder’s Wild Ride, Signal To Noise, The Last Temptation of Mulder and Scully, Scully Likes Science, This Is The End.” 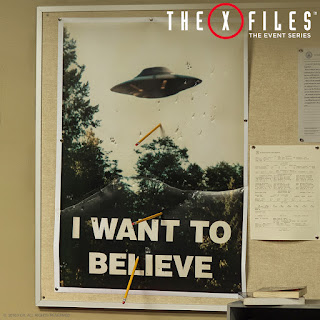 Gag Reel – There’s been a long tradition of X-Philes sharing the previous production crew Gag or Blooper reels on-line. The producers of the extras must of realized this to include this new Gag reel from Season 10. It reinforces just how relaxed the cast and crew looked during the bulk of the production from the summer of 2015.

Monsters of the Week - The Wildest and Scariest from the Original Series – There’s nine selections from each season and this is hilariously hosted by Kumail Nanjiani. Those selections include – “Squeeze, The Host, Pusher, Home, Folie A Deux, Field Trip, Orison, Roadrunners, Sunshine Days.” The choices seem to be Kumail’s personal view, he acknowledges the ton of episodes not highlighted. It’s a fun little segment.

The X-Files: Green Production – This acts as a short PSA about how the production was green conservation conscious during all aspects, from the offices, to the set construction, and props. Actually, A similar segment appeared on the “I Want To Believe” feature extras in 2008.

Grace – This is a short film by Karen Nielsen, the Script supervisor during the new season. The selection is apt as the story does have the flavor of an X-Files, or Millennium episode. A small percentage of people who worked on The X-Files were involved with this.

The audio commentaries hold up well, in comparison to the tradition of past commentaries. The Commentaries for “Founder’s Mutation” and “My Struggle II” are comprehensive. The commentary for “Mulder and Scully Meet The Were-Monster” is far more looser. The “Founder’s Mutation” commentary features James Wong and Chris Carter. The commentary for “My Struggle II” features Chris Carter and Producer / Director of Development at 1013 Gabe Rotter. The “Mulder and Scully Meet The Were-Monster” commentary is the most generous featuring both David Duchvony and Gillian Anderson, and Darin Morgan and Kumail Nanjiani, the humor is a lot of relaxed. I suspect the Duchvony and Anderson comments, and Morgan / Nanjiani comments were recorded separately.

The entire three disc package is generous, while it doesn’t include the kind of menu booklets that were found in the 2000-2002 DVD reissues, nor has the kind of inserts like the “Threads of the Mythology” foldout booklets, it does have some deep content, thanks to the documentaries from Julie Ng. As of this writing, word came back it just won a Saturn Award for best DVD / BD TV set. The extras are worth looking into. 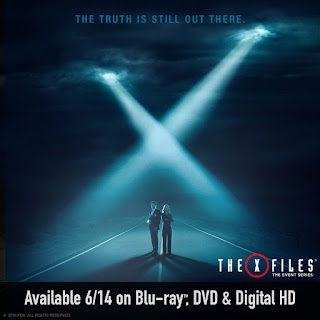