At the beginning of America’s involvement in World War II, Hollywood produced a series of news reels titled “Why We Fight” to contextualize its importance. I have taken the same liberty while mulling over why this revival, with six new episodes to air starting in January, is so important, and the ways that fans have demonstrated a faith that mirrors Fox Mulder’s faith. I’m speaking of several layers of the word “faith”: one meaning is the belief in intangibles that can’t be verified with facts; I also mean the word “faith” in that a segment of fans, while their trust has been challenged by the creators of The X-Files in the later seasons, remain hopeful nevertheless. There is also the interconnected issue of trust and faith, and I want to examine the questions of the nature of faith, from my perspective: what do X-Philes believe in, what causes Philes to believe, and can Philes take the work of the creative writers on faith that they can tie up loose ends and leave the audience satisfied with the remaining pieces of the puzzle? 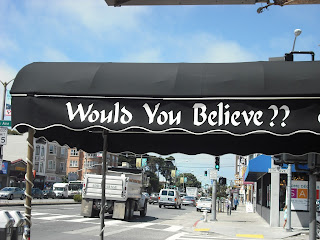 There’s a lot to process here, and I’d like to mirror comments that X-Files News’s Avi Quijada made in her blog post from June. It’s difficult for creative people to own up their work, in just about any field, but it’s very true with fiction writers who work in television or film. I’ve seen this often, even by established greats: “I wish I could do something good.” But this also applies to the casual fan of The X-Files who writes fan fiction. What has always been great about fan fiction of any genre is that it helps the author to build up confidence in their writing, when it’s received well, and can develop tools for them to take the next step, that next leap of faith to write original fiction, where they become the masters of their own universe and the masters of the characters they create. But indeed, getting good isn’t easy; it’s a slow process to find your voice, and the voices of your characters, and to have that voice come through the characters you create. Those of us who work in the arts, those of us who work in film and television, have a different insight into how difficult it is, and it is so intrinsic for creative people to understand the process.


Therefore, it’s valid to argue to give the creative team of Chris Carter, Glen and Darin Morgan, and Jim Wong the benefit of the doubt that they, as the masters of this universe, can deliver something that will connect on many levels. But fans have been frustrated for years, and there’s a history behind such frustration. Chris Knowles has started a very lucid piece about the last four seasons, starting with season six and seven, and the politics that were involved in the Los Angeles years. Why is the context he offers  important in relation to fans whose trust was breached? Exploring the “how and why” can help us understand where we are in relation to these revival episodes and what we might be able to hope to expect. Of course, the “how and why” doesn’t offer a full excuse, just greater understanding.

The consternation I have seen for the past three months is nothing new within fandom; it’s the reason why the XFL site has archived articles from Richard Preece, and similar complaints were mirrored in 2000-2001. His defense of the mythology and his comments about fans’ feelings about season nine are still valid, and it boils down to two notions – faith and trust.

If we look at it in a broad sense, faith is a complicated matter; some would co-opt the word in its simplest terms and suggest blind faith, but having true faith means being racked by doubt, and skepticism. Faith is messy and amorphous; it ebbs and flows; you have your good days and bad days. But The X-Files has been a show that many people have been inspired by, either directly in their personal lives, or indirectly on some subconscious level. It has inspired outsiders to feel less alone, to be true to themselves, and to speak their own truth whatever that might be. It has inspired people to face the darkness of the real world, regarding social issues or politics, and to not take anything at face value when it comes to media outlets, and what is officially sanctioned in the real world as opposed to the “reel world.”  Ideas from the show have acted as a beacon for decency in an indecent world. It shouldn’t be any surprise that Vince Gilligan has such deep affection for The Lone Gunmen characters – they were heroic in a world full of unheroic people. Faith requires doing what is right as opposed to doing what is easy, and it is so very tempting in this life to do what is easy.

But faith also has ripple effects, small actions during one year that manifest themselves in later years. Mulder and Scully’s actions in the first four seasons led to the unraveling of the syndicate and the colonists’ agenda in the later years, and that is a huge idea that has always been subversive to world leaders or corporate moguls. But you see this faith in community churches, regardless of one’s faith, programs that are set up to help the disadvantaged, with the hope those actions will have ripple effects to those helped and that they will do the same in turn for others at some future date. Faith builds up communities, as what’s happened with The X-Files, and even Millennium, and The Lone Gunmen spinoff.  Fans have applied lessons and have tried to be decent with one another, and have been inspired by the show with philanthropic enterprises, and have tried to build bridges, to emulate some of the ideas presented in The X-Files, to make a better world and move a little farther away from the darkness.

But fundamentally the show has been about, for many, embracing the unexpected, and being less afraid of things that are not easily explained, and gazing with a sense of wonder with things that bring us out of our typical consciousness. In the real world, people who tend to be paranormal researchers, or followers of esoteric subjects, face being outcasts for their openness, or conviction. It’s understandable, of course, but in the cases of individuals who do no harm to others, it does feel unfair to rush to judgment. One of the problems with, not individual atheists, but the mass market brand of atheism, has been the dismissal of faith based religions as mass delusions, or naïveté, to individuals who do no harm to others, there are good people of faith, and other’s whose faith is superficial and harmful, and that has always remained evident throughout history.

But I know people who follow, with interest, paranormal subjects, and many are quite lucid, normal, present, and sincere in their curiosity, and one of the things that drives this interest is the desire there’s something more and higher than our mere existence, and this desire seems ingrained in the human condition. It isn’t just religious faith; it’s the desire for a broader life, to better oneself, to experience things beyond one’s cul-de-sac. One aspect that I have taken away from the example of Fox Mulder is to not accept fate, as some are wont to do, as something preordained, and to treat fate as passive. Mulder demonstrates the idea of fate being determined by individual actions; fate is what we make it. You can’t passively wait for a higher power to determine your fate; you can’t let others decide your fate for you.

You have to take actions to make your dreams, your goals real. Blind faith that leads to a passive outcome of fate is often too easily confused, and assumed, and misses the message of what faith can do. Faith can move mountains and heal, but it doesn’t come about without actions being taken. Friedrich Nietzsche’s Amor Fati, the embracing of an undecided fate, offered up some interesting ideas:

“I want to learn more and more to see as beautiful what is necessary in things; then I shall be one of those who make things beautiful. Amor fati: let that be my love henceforth! . . . And all in all and on the whole: some day I wish to be only a Yes-sayer.”


Actions necessitate change, and the fandom that has remained dedicated to The X-Files since 2002 has brought about that change. Four years ago, everything was an open book; we had no idea this day would come, but it is here. I have never wavered in my faith and hope that Chris Carter would deliver, as I expressed during the campaign for The After. I have always liked this idea of an undecided fate, of fate as an open book, where your actions write the pages. If there is a higher power, I have little doubt it sends us signs we have to read correctly, and this goes back to the episode Improbable, where God spoke about learning how to properly read the correct numbers, listen to our instincts, and take the proper actions. Those are some of the examples I feel I have learned from watching The X-Files for over twenty years. The entire mission of this blog has been to look deeper into mythology and symbolism and learn how to apply it to our daily lives.

In closing, I have to beg to differ with some of my colleagues about the role of super fan sites, and one of the reasons I wrote several specific articles for Den of Geek about the activity of fandom over these last thirteen years. I don’t really think any one fan site represents the fandom; even The X-Files Lexicon doesn’t represent everyone. Such super fan sites represents demographic pockets of a fandom that is global and remains ongoing. But such sites act as a flashpoint for various aspects of fan appreciation.

The fans got us here, and we are in each other’s debt for holding true and firm to see this story finished. 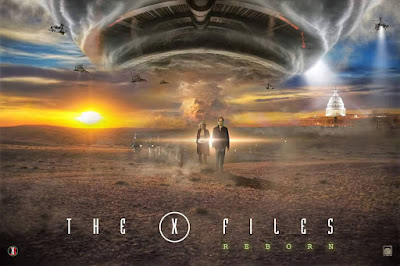 I maintain a faith that Chris Carter will give us not just what we want but what we need, in a changing society that is very different from 1993. I don’t know what those stories will unfold, but I hope we remain open to the unexpected, as life is often full of the unexpected in our day-to-day lives, and with each breath we can remain grateful we are here, and here for this moment.

Special thanks to Bellefleur for editorial assistance and insight
Posted by The X-Files Lexicon Blog at 7:30 AM

Thank you David, I appreciate the support.

Are you frustrated from searching for bitcoin faucets?
Double your claiming speed with this new BITCOIN FAUCET ROTATOR.

Did you think about picking the most recommended Bitcoin exchange service - YoBit.

Join 1,000,000's who have already discovered better strategies for investing in Ripple...

Learn from profitable eToro traders or copy their trades automatically.

YoBit lets you to claim FREE CRYPTO-COINS from over 100 distinct crypto-currencies, you complete a captcha one time and claim as many as coins you want from the available offers.

After you make about 20-30 claims, you complete the captcha and keep claiming.

You can press CLAIM as much as 30 times per one captcha.

The coins will held in your account, and you can convert them to Bitcoins or USD.